The Nature of the Musical Theatre Syllabus

The Irish Board Musical Theatre syllabus facilitates students to develop a range of appropriate skills which are required for musical theatre performance.

We suggest that teachers use the structure of the syllabus to encourage their students to practice and experiment with different styles, and pieces from different genres and eras, in order to enhance their learning experience and their appreciation of the historical development of Musical Theatre as an art form.

At the more senior levels, it is expected that candidates will present a balanced programme, incorporating contrasts of style, mood and genre.

In some of the Intermediate and Senior exams, reference is made to different eras and genres. Although these are subject to alternative categorisations, we have identified such eras and genres as follows:

The Irish Board does not set particular pieces to be performed in any of its examinations. We expect that at junior levels, teachers will choose pieces that are age appropriate, that intermediate and senior level pieces will be chosen in collaboration with students and that pieces generally present an increasing challenge to students as they progress through the examination levels.

In Musical Theatre there is an understanding that, for the most part, songs are performed in the context of an unfolding story or theme. Students are expected to know and understand the context within which the songs are placed. In the examinations, candidates are expected to demonstrate these contexts through characterisation and an understanding of the physical and emotional situation of the character(s) being portrayed.

Simple costumes and hand props can aid characterisation and are encouraged but are not assessed for marking purposes.

Spoken pieces should be performed in character.

Extracts from plays and musicals, spoken as part of the examination requirements from Junior Three on, may be from the libretto or may be devised by the candidate(s). If taken from the libretto, the extract may be edited and/or adapted from any part of the show to suit the examination requirements. We advise against a solo performer attempting to perform what is essentially a duet or duologue where the other character must be imagined and her/his lines are not spoken.

In the context of a thematically linked programme at the senior levels, it is expected that the candidate(s) will link the pieces in an appropriate and creative manner.

In group examinations, where a spoken element is required by the syllabus, it is not expected that all members of the group will speak. However, it is expected that all group members will engage theatrically in the performance.

As with a stage performance where a performance begins with the opening of the curtain or the entrance of the performers onto the stage, the examination starts the moment the candidates enter the examination room. Performers should find their places promptly and in silence. For group examinations at Kindergarten and Preliminary levels, it is understood that candidates may require some assistance with their entrance and this will be permitted. In group exams, from Preliminary Two, general presentation will form part of the assessment.

It is expected that each performance will be preceded by an announcement that indicates the title of the song, the show from which it is taken and its composer/lyricist. At Senior levels, it is expected that candidates will provide more information about the pieces being performed or the themes being explored.

For solo and duet exams from Intermediate One, candidates are expected to bring to the examination written notes, as specified in the syllabus. These should be legible and neatly presented in a folder or binder, and will be returned to the teacher following the examinations.

The keys of pieces may be changed if necessary in order to accommodate the vocal range of the performer(s) or to protect the voice(s) from strain.

In duet exams, interaction between the candidates is expected and each candidate should play a part of equal or near equal length.

In solo and duet examinations, the examiner will discuss with the candidate(s) the choice, context, meaning, characterisation, interpretation and performance of the songs chosen, in accordance with the syllabus. The examiner will expect candidates to be able to enter into discussion in relation to these items in the context of their performance. As candidates progress through the levels, it is expected that candidates will be able to demonstrate greater levels of understanding not only of the pieces performed and their dramatic content and context, but also of the technical and interpretive skills used in their performance. The precise content of the discussion will be at the examiner’s discretion and she/he may not cover all elements of the syllabus requirements.

For group examinations, although opportunities for meaningful engagement between the examiner and members of the group may be limited by the size of the group, it is still expected that group members will have an understanding of the piece(s) they are performing and will be able to articulate this if required.

The use of microphones is not allowed.

In solo and duet exams, the distribution of the potential marks awarded is as follows:

In group exams, the distribution of the potential marks awarded is as follows:

A certificate will be awarded to each candidate achieving 70% or over. Each candidate in the Musical Theatre solo and duet examinations achieving a mark of 80% or above will receive a certificate and an Irish Board Performance Medal.

In the Musical Theatre Proficiency examination, a medal will be awarded to each candidate achieving a mark of 85% or above.

The pass mark for the Diploma of Associate in Musical Theatre Performance examination is 75%. 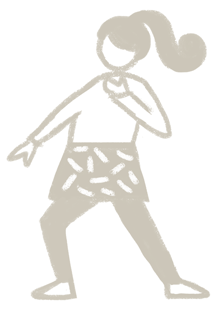